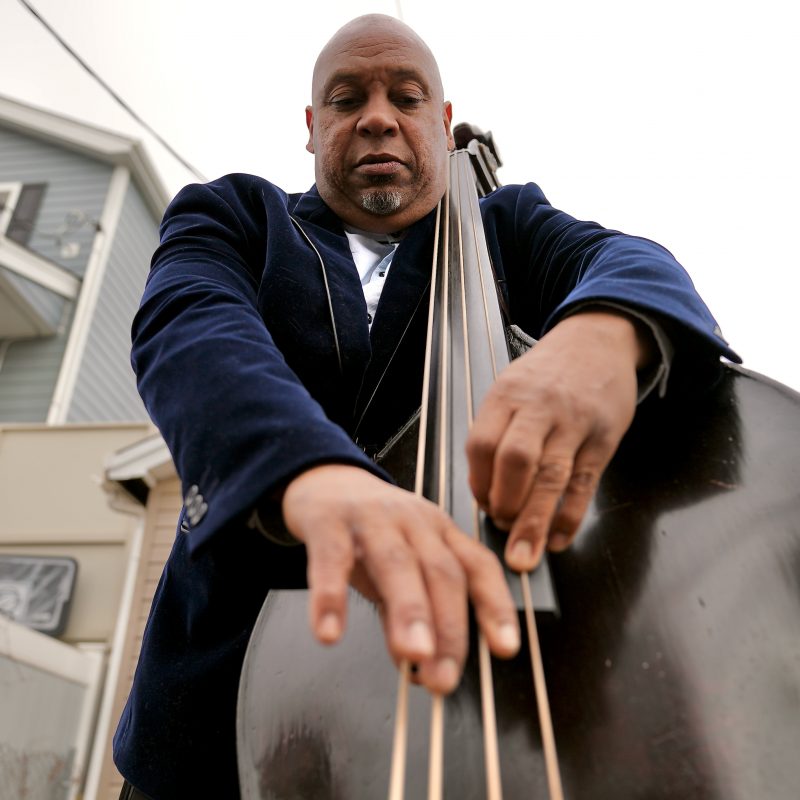 Santi Debriano (b. 1955) has been composing and performing contrabass and ensemble music professionally since 1982 throughout North America, Europe, and the Far East.

His abilities as an improviser, arranger, and composer have made him a favorite of such greats as Archie Shepp, Sam Rivers, Pharaoh Sanders, Oliver Lake, Freddie Hubbard, and others.

His work as a leader has been documented on several recordings with his groups. After completing his B.A. at Union College, graduate work at the New England Conservatory under Tiny Martin and Miroslav Vitous, and M.A. at Wesleyan University, Debriano joined Archie Shepp’s quartet for four years.

After a three-year stint living in Europe, where he performed regularly with the Sam Rivers Trio, he relocated to New York in 1985.

He focused on composing for a pair of cooperative groups, Panamaniacs with pianist Danilo Perez, and the bass trio Castle Magic, with bassists Essiet Essiet and Harvie S.